He is a man that needs no introduction, but for those uninformed, Tom Hanks was born July 9, 1956, to Janet Marylyn and Amos Mefford Hanks. His brothers and sisters all became noteworthy individuals, his sister becoming a writer, and the youngest becoming both an actor and filmmaker. The family was split up when Hanks's parents divorced in 1960 with his sister Sandra, brother Larry, and himself going with their father. His teen years were painful, as he recalled, even stating: "I was a geek, a spaz. I was horribly, painfully, terribly shy. At the same time, I was the guy who'd yell out funny captions during filmstrips. But I didn't get into trouble. I was always a real good kid and pretty responsible." when he gave an interview to the rolling stone magazine. His father, Amos, remarried in 1965 to Frances Wong. During his high school years, Hanks would act in several school plays, and upon graduating, he would study theater at Chabot College in Hayward. He then transferred to California State University. Hanks admittedly spent a lot of time at the theater watching various plays including Brecht, Tennessee Williams, Isben, etc. The years wore on, of course, and Hanks spent the vast majority of his time studying theater. He met Vincent Dowling, the head of the Great Lakes Theater Festival in Cleveland Ohio who suggested Hanks actually become an intern there. He accepted the offer and from this three-year experience, he learned almost everything he needed to know about theater production. Once he had learned everything he believed he needed to know about theater, he dropped out of college and went into the field full time. After dropping out of college, or rather around the same time, Hanks won the Cleveland Critics Circle Award for Best Actor, having filled the role of Proteus in The Two Gentlemen of Verona, a play by William Shakespeare himself. This is notable one of the few times that Hanks played a villain.

Tom Hanks has appeared in a great number of films since his early days, some of which have been the recipient of several awards. The Green Mile, for example, was an adaptation of a Stephen King novel and has been highly regarded. Some of his most notable movies include:

Tom Hanks holds the rank of second-highest all-time box office star right after Samuel L. Jackson. 17 films with his involvement have grossed more than $100 million, the highest-grossing being Toy Story 3 from 2010. Just when it seems Tom Hanks couldn’t rise any higher, he reaches for space. One of the most interesting things about Tom Hanks is that there is an asteroid named after him, 12818 Tom Hanks. In addition to that, he is a strong supporter of NASA’s manned space program. He has expressed that he originally wanted to be an astronaut, but the math was simply beyond him. Hanks has been involved in several film projects involving space travel including an HBO miniseries called ‘From the Earth to the Moon. Additionally, he provided voice-over work for the show Passport to the Universe at the Rose Center for Earth and Space in New York.

Hanks is still acting and maintains an active social media presence for his fans.

Initiating his second marriage, Hanks married actress Rita Wilson in 1988 and they currently have two sons together. 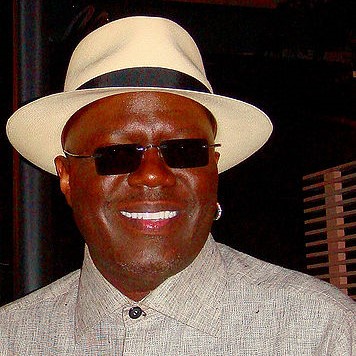