Born on July 31, 1958, Mark Cuban is a sports team owner and entrepreneur based in the United States. Although he had a middle-class childhood, he inherited from his grandfather a tenancy for making deals, so that he could carve out a better life. This was very evident at the age of 12 when he started selling sets of garbage bags in order to save up some money for a pair of shoes. When he was in high school, his entrepreneurial skills were also more evident, as he could earn some extra dollars any way possible, especially by becoming a coin and stamp salesman. Mark’s go-getter attitude was not always outside school; it extended to the classroom too. He attended the University of Pittsburgh Cuban before transferring to Indiana University, where he understood better issues to do with supply and demand. He was paying his tuition by hosting lavish parties at Bloomington National Guard armory.

After Mark graduated in 1981, he moved back to his hometown in Pittsburgh, where he started working with a company known as Mellon Bank. He utilized his time wisely by learning all he could about networking and machines, and then left for Dallas in 1982. In Texas, he landed another job to sell software but realized he could do better by forming his own consulting firm known as MicrosSolutions. Within a few years, Mark was an expert in computer networking and computers in general. He sold his firm for an incredible 6 million dollars to investors. However, even after selling his company, his fortune-making was far from over. Seeing that the future of the world relied on the internet, he and a business partner are known as Todd Wagner started AudioNet, a company that was aimed at helping people listen to basketball games online. Despite critics the firm proved to be a great success before the duo decided to sell it to Yahoo! In 2000, Cuban went ahead to show his entrepreneurial skills when he purchased a basketball team, Dallas Mavericks, for 285 million dollars from Ross Perot. With his trademark doggedness and enthusiasm, Mark revamped the team’s culture, pampering his players as well as erecting a new stadium. He was the biggest booster of the club. The team made surprise qualification in 2001 for the playoffs, setting a record of 57 wins the following year.

Mark Cuban is an entrepreneur and the owner of the Dallas Mavericks basketball team. He has been a business-minded person since he was young, something which was evident when he paid his tuition fees while still in University. Today he is known as a successful businessman, mostly interested in the basketball world.

Mark lives with his family in Dallas, Texas. He used to admire big houses when he was young and imagine that one day he would live there. Today, he lives in a big mansion with his wife and kids. He still owns Dallas Mavericks and is interested in other business ventures.

In 2002, Mark married Tiffany Stewart, his longtime girlfriend. Together they have two children. Over the last decade, he has appeared in Forbes 400 richest people in America with an estimated 1.9 billion dollars in net worth. He is also the co-owner and chairman of Magnolia Pictures alongside Todd Wegner. 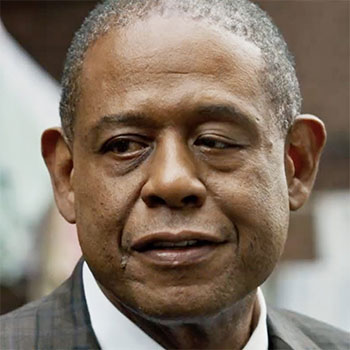