Kanye West is one of the most prolific and well-known artists of the modern generation. With over 20 Grammy awards, his own record label and designing credits, West has been a very present personality over the last 15 years in American culture.

Kanye West was born on June 8, 1977, to Ray and Donda West in Atlanta, Georgia. His parents divorced when he was three years old, and he moved with his mother to the south side of Chicago where he was raised in a middle-class environment with summer visitations to his dad. His mother was a professor of English, and his dad was a well-known photographer who later became a church counselor. He also spent a brief amount of time in China as a child when his mother was teaching there. Dr. Donda West encouraged her son’s creativity and supported him as an artist even paying for limited studio time when he was a youngster to try out his craft. While she was disappointed he didn’t finish college, she acknowledged that not every career path requires a college degree. This was hard for her when she was raised in a time when college and education were the only way to achieve your goals as an adult. West dropped out of college during his first year to pursue his artistry. At the beginning of his career, he was foremost a producer for other rap and hip-hop artists such as Jay-Z. He also wrote and produced for Ludacris and Alicia Keys.

Kanye West is most known for his meteoric rise to fame as a rap and hip-hop musician. He has been awarded over 20 Grammy awards including Best Rap Album in 2004 for his first effort, College Dropout. Late Registration in 2005 and Graduation in 2007 kept the accolades rolling in. Kanye West has also had forays into entrepreneurship with efforts at running restaurants in the Chicago area and off and on in the fashion industry where his latest efforts have met with positive criticism. He designs a line of women’s clothing as well as shoes for several outlets. West is also known for critical outbursts while in the public eye such as criticism for George Bush during the time of Hurricane Katrina and at various award shows where he has had verbal outbursts. He also participated in a very vocal, public feud with Jimmy Kimmel over a sketch Kimmel did on Jimmy Kimmel, Live!

In his current personal life, Kanye West is married to the reality star, Kim Kardashian and together they have one daughter, North who was born in June of 2013. The Wests were married on May 24, 2014, and are currently expecting their second child, a son, in December of 2015. West currently is involved in charity efforts to combat poverty and hunger as well as efforts to improve drop-out rates in high school by encouraging young people to stay in school. With over 21 million albums sold and over 100 million digital downloads, Kanye West and his musical career are here to stay and will undoubtedly continue to grow. 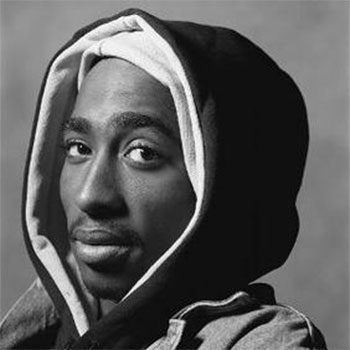