Carl Sagan was a well known scientist in the 1970s and 1980s. He co-wrote and hosted 'Cosmos: A Personal Voyage', was an advocate for nuclear disarmament, and even studied extraterrestrial intelligence before his death in 1996.

Carl Sagan was born on November 9, 1934 in Brooklyn, New York. Sagan's interest on the subject of astronomy started early in his life. His mother had sent him to the library to seek out books on stars. Later, his parents brought him along to the New York World's Fair. He saw visions of the future, and Sagan's interest grew. He became a big fan of science fiction stories in 1940s that could be found in pulp magazines at the time. Reports of extraterrestrial life and flying saucers drew him in even more on the subject. Sagan graduated from high school in 1951 when he was only sixteen years old. He set his sights on the University of Chicago where he conducted experiments. His interest in alien life only grew due to these experiments. In 1955, he graduated with a BA in physics. Taking his master's the following year. Sagan moved to California four years later and earned a PhD in astrophysics and astronomy. He eventually ended up at the University of California, Berkeley to study astronomy. He was on a team where he helped to develop the infrared radiometer for NASA's Mariner 2 robotic probe.

Sagan eventually worked his way up to become the director of Cornell's Laboratory for Planetary Studies in 1968. He even worked with NASA on a few projects as well. In 1983 he even came forward with the idea of a “nuclear winter”. He did write a novel, followed by several books and academic papers as well. At one point he even had a TV series called Cosmos. The TV series was remade and came back to television in 2014. Sagan has even won awards for his amazing work and research. He received the NASA Distinguished Public Service Medal in 1977, the Pulitzer Prize for General Non-Fiction in 1978, the Oersted Medal in 1990, and even the National Academy of Sciences Public Welfare Medal in 1994.

Sagan is known for his work with NASA and his theories on extraterrestrial intelligence. Perhaps one of his most widely recognized works in his lifetime was his show, Cosmos. In 2014, the show was reborn and Cosmos came back as an excellent television series. In 1980, he was the co-founder for the Planetary Society as well.

Sagan passed away before his time. However, in his wake he has left behind a legacy. His theories and fascination with extraterrestrial life has helped to gain the interest of a new generation fascinated about what goes on beyond the Earth's atmosphere. While many people may not know Carl Sagan is the one who originally came up with the show Cosmos. Many viewers recognize the show and enjoy it immensely. Carl Sagan was a brilliant man who won awards for his work and research. During his lifetime he was honored several times for his work. He certainly left his mark on society, and has left a legacy that will be remembered for years to come.

Sagan passed away due to pneumonia and a complication of a bone marrow disease. He passed away on December 20, 1996 at 62 years old. Eighteen years after his passing Cosmos was brought back to the television. Neil DeGrasse Tyson took on hosting duties and a whole new generation of people were excited about lays beyond the atmosphere of the Earth. 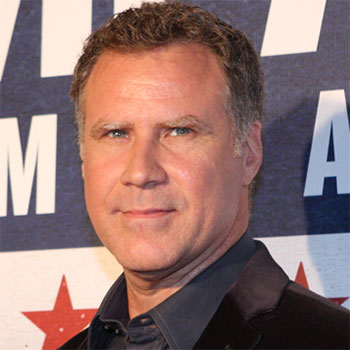